Polsat Plus Group – Solidarity with Ukraine

Polsat Plus Group’s actions taken to offer support and demonstrate our solidarity with the citizens of Ukraine in the face of the on-going war: 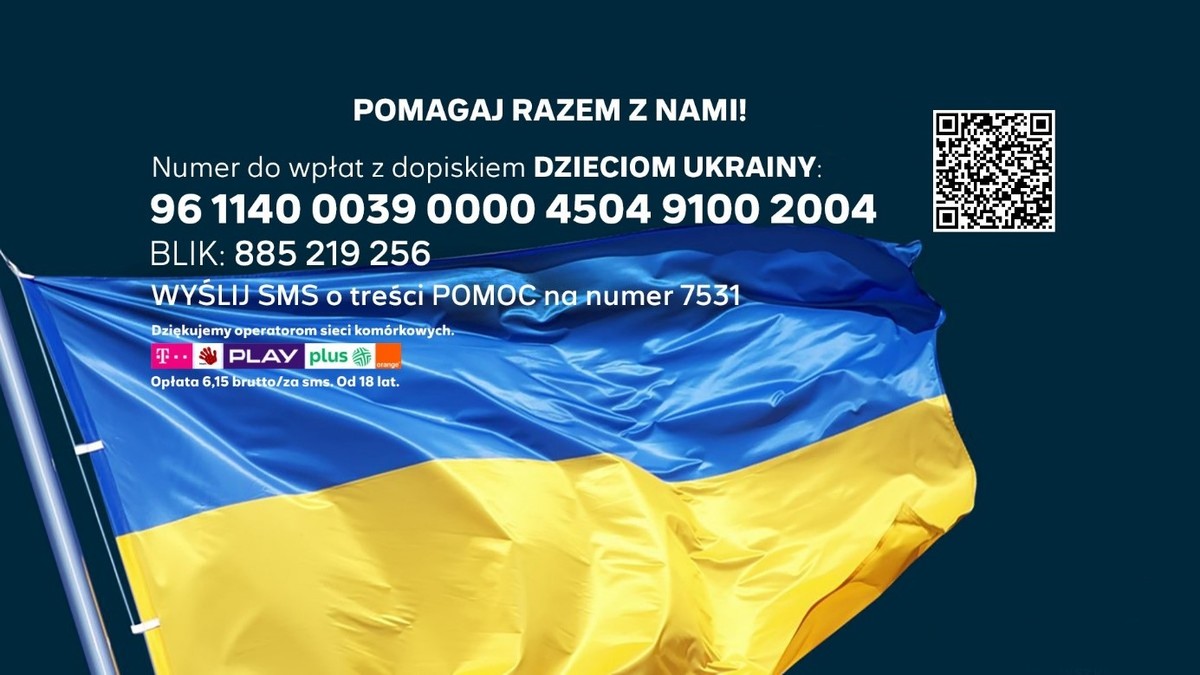 Freedom is a brand new TV project which has been developed with the support of the President of Ukraine, Mr. Volodymyr Zelenskyy, the Ukrainian Ministry of Culture and Information Policy, National Council of Television and Radio Broadcasting of Ukraine, several media groups, including Media Group Ukraine, StarLightMedia, 1+1 Media, InterMediaGroup and Rada TV channel. The goal of the project, according to its originators, is “to create a product intended for Russian-speaking viewers, the Russian occupation forces in particular.” The new channel can be found on channel 915 on Polsat Box satellite set-top boxes. (11.03)

Plus enhances its network coverage in the Ukrainian border area

Since the start of Russian attack on Ukraine Plus has witnessed substantial growth traffic in the network, which is particularly visible in the national border area. What is important is that even though the traffic which is transmitted via the BTS’s located near the border is many times bigger than it was earlier, still all the services are provided in a proper and uninterrupted manner. For three weeks now Plus technical units have been working on increasing network capacity and coverage. The goal is to facilitate communications for the thousands of people working on the border, and especially to enable Ukrainian refugees to communicate with their relatives who stayed behind in Ukraine.(21.03)

The 500 minute Call Pack offered by Plus for the citizens of Ukraine can be used interchangeably for domestic calls on the territory of Poland and, as hitherto, for calls to Kyivstar, Lifecell and Vodafone networks in Ukraine (11.03).

While offering support for the citizens of Ukraine, the operator of Plus network and Plush mobile brand are involved in distribution of free prepaid starter packs which are distributed via all Polsat Plus Group points of sale, selected partner outlets (over 12 thousand locations across Poland) which include Żabka, Immedio, Relay and 1Minute convenience stores, Polish Post offices, Ruch, Kolporter, Świat Prasy, Tabak Polska, Media Star newsagent’s shops, Shell and Circle K gasoline stations, as well as the receptions points for refugees in such locations as, for example, Przemyśl, Dorohusk and Ustrzyki Dolne. (10.03)

The prepaid starter packs offer the following services to the citizens of Ukraine:

In both cases Ukrainian citizens can also activate the free bundles that were granted by Plus earlier, including the 500 minute call pack for calls to Kyivstar, Lifecell and Vodafone mobile networks in Ukraine as well as the 10 GB data pack which is a one-off data bundle for use on the territory of Poland only.

Plus also supports the volunteers who help refugees on the Polish-Ukrainian border. All Plus network subscribers present at the border area are offered a free 500 MB data bundle which can be used while roaming.

The channel is available via all services, including Polsat Box, Netia, Polsat Box Go, Polsat Go as well as on Interia.pl portal.

Plus has abandoned charging roaming fees for voice calls and data transmission generated by the subscribers of Vodafone Ukraine network staying on the territory of Poland.

A 500 minute Call Pack has been introduced by Plus for the citizens of Ukraine who are on the territory of Poland and use Plus network for connections to Kyivstar, Lifecell and Vodafone mobile networks, while the per-minute rates for voice calls to all networks in Ukraine have been reduced. Also a free one-off 10 GB data bundle for Internet access has been introduced for these persons to facilitate contact with their family members who stayed behind in Ukraine.

Viewers of Polsat News and Wydarzenia 24 TV channels can follow the information on the attack of the Russian army on Ukraine. Polsatnews.pl and Interia.pl portals provide live coverage of the situation, with the news also being published on Polsatnews.pl and Interia’s social media pages on Twitter and Facebook. Most important information is presented in all editions of ”Wydarzenia” (“The News”) program.

Netia Mobile  has halved its rates for voice calls and SMS’s to Ukraine. Netia has removed three  Russian channels, namely RT (Russia Today), RT Documentary and Channel One Russia from its offer. (?)

In accordance with the decision of KRRiT (the Polish National Broadcasting Council), Russian channels have been removed from the lists of channels offered via Polsat Box STB’s. 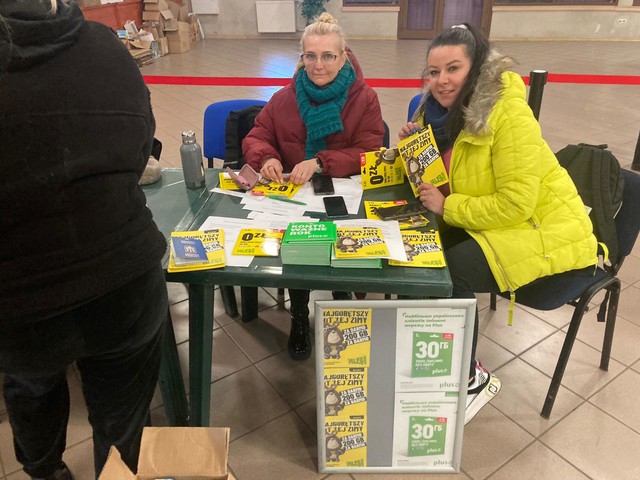 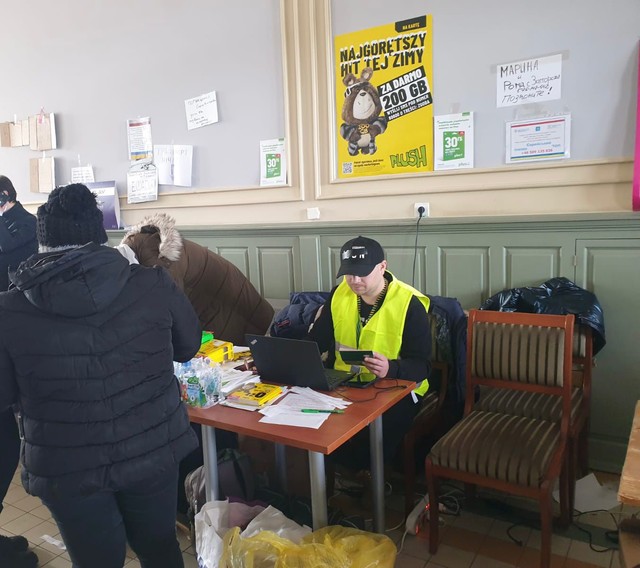 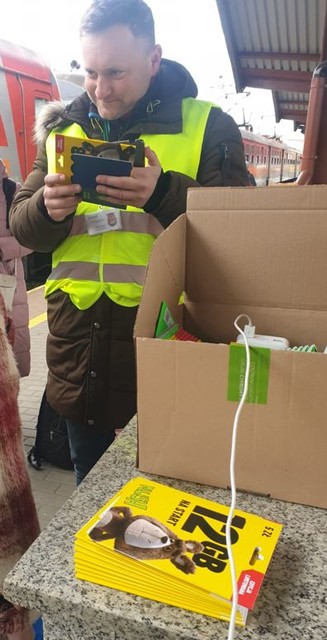 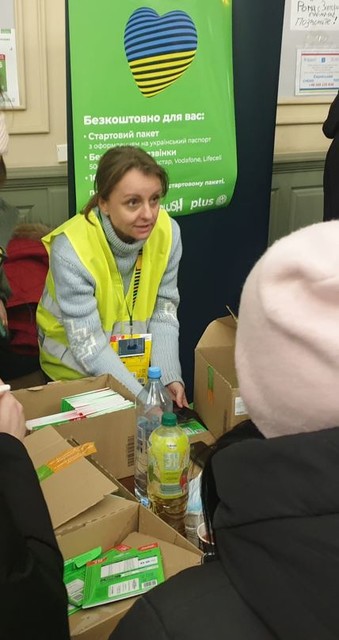